NFCA, (National Foundations for Celiac Awareness) has launched a campaign to urge family members of those with Celiac Disease to be tested by launching a new campaign, ‘Seriously Celiac Disease” to urge those diagnosed to have a one on one conversation with relatives. They have a video and information to help you have this conversation (see link at the bottom).

Who should get tested?

–First-degree relatives: parents, children, and siblings. (even if they have no symptoms)

-Second-degree relatives: grandparents, grandchildren, aunts and uncles, nieces and nephews and half-siblings. (even if they have no symptoms)

Why should they be tested?

-Celiac Disease is the most variable and diversely presenting diseases you will ever come across. (Dr. Hilary Jericho, a pediatrician and celiac disease researcher at the University of Chicago’s Comer Children’s Hospital)

–“Celiac Disease has a whole variety of symptoms and can be serious if mismanaged or untreated.” (Alice Bast, NFCA)

-Celiac Disease has more than 300 signs and symptoms! (Maureen Burke) see link below.

PS: Only two of my family members have been tested.  Some said their doctors refused to test them because they had no classic symptoms. Newsflash, some people have no symptoms at all!

Researchers from Israel think gluten could cause a syndrome that looks like ALS, amyotrophic lateral sclerosis, which is also known as Lou Gehrig’s Disease. This disease attacks nerves and pathways in the brain and spinal cord and eventually causes paralysis and death.

Researchers think there might be a link here and it would not surprise me due to the neurological complications that are sometimes seen in those with Celiac Disease because 45% of those with Celiac also develop antibodies to TG6. Although, many more studies need to be done.  Below is what appeared in Rueters from JAMA Nuerology online 4/13/15.

“Dr Vivian Drory and her team of researchers from Tel Aviv Medical Center found antibodies to an enzyme produced in the brain, called tissue transglutaminase 6 (TG6), in 23 out of 150 patients with ALS, compared with only five of 115 healthy volunteers. Furthermore, the concentrations of those antibodies were higher in the ALS patients.

Antibodies to another transglutaminase, TG2, are produced by people with celiac disease when they eat gluten, a protein in wheat, barley and rye.

Drory said her team has begun to study TG6 antibody levels in patients newly diagnosed with ALS, and they will be testing the effects of a gluten-free diet in some of those that test positive. She expects it will be “at least 2 more years” before they have any results.” 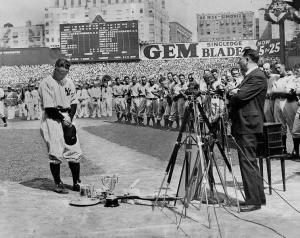 Like Loading...
April 21, 2015April 21, 2015 ~ onedish2010 ~ Leave a comment
This should not be a surprise to most of us, but it makes you wonder why they are not required to let the donor know this information before getting the transfusion?
In this case, an eight year old boy gets a blood platelet transfusion and ends up with life threatening allergies to fish and nuts! This is called a “passive transfer” of allergies and the donor’s food allergies were later confirmed by the blood bank.  Apparently, a lot of platelets were given by that donor and that is where the antibodies are.  The boy was not making platelets on his own and the allergies went away in a few months.
Even though passive transfer is said to be rare, I still think that the recipient of the blood should be aware of this prior to accepting the transfusion!  I was told I could not be a blood donor/organ donor because of my Hashimoto’s Thyroiditis, an autoimmune thyroid condition.  Would that apply to my Celiac Disease and Food Allergies as well?
http://abcnews.go.com/Health/boy-develops-potentially-deadly-food-allergies-blood-transfusion/story?id=30140702

This is a huge problem that our children face when they try to go away to college with Celiac or Food Allergies. I am constantly being asked about this information. Below is a link to the best resource for dining in colleges in the US.

Karen Broussard has this information on her website and the students actually get to go on the site and rate how their school is really doing when it comes to their Celiac Disease or Food Allergies. This is a great place to start when trying to decide where to go.

Like Loading...
April 6, 2015April 6, 2015 ~ onedish2010 ~ Leave a comment
Cooking Tips for Mistakes:
Don’t be too hard on yourself when you make a mistake; keep your sense of humor!  When cooking, you can usually taste the end product and figure out what to add to it in order to fix it. When baking; if the bread doesn’t come out right; let it cool, then cut into cubes and make croutons with oil and seasoning, then freeze them.  Or you can let it cool and then put in food processor or blender and make bread crumbs and freeze them.

For sweet mistakes, the slightest mistake can make an ugly disaster but still taste really great. Just stay calm and re-purpose the mistake where it is a condiment and not the star of the show; then you can come out on top!  Like cakes; crumble the item and use crumbs as a topping for a parfait (“everybody loves a parfait” said the Donkey in Shrek) or crumble for a pie crust.

So when I make a mistake or someone in the bakery makes a mistake, I have fun running around the kitchen trying to figure out what I can make out of the mistake. Watch this 1 minute clip and this will help you keep your sense of humor the next  time you think you have a disaster. The clip below is what runs through my mind when I make a mistake; don’t panic, be a Donkey!

We have so many customers that share the struggles that they or their child are going through trying to safely eat while living on campus.  FARE (Food Allergy Research and Education) announced the launch of a pilot program that will provide colleges and university with their “gold standard” resources and recommendations to manage food allergies which can be a life threatening disease. 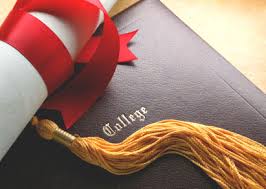 I am so glad to see that FARE has undertaken this task.  The following were selected for their pilot program:

Click on link below for more information from FARE!

A customer was in this week who has been a celiac for most of her life and she is having some other issues.  I asked her if her Thyroid had been checked.  She was not 100% sure.  Many thyroid disorders are missed because the test is not part of the standard CBC that is often ordered.

Disorders are common in those with Celiac Disease and Gluten Sensitivity. There are several different types of thyroid disorders, with autoimmune thyroid disease being the most common; Hashimoto’s Thyroiditis.

A full assessment of your thyroid function includes the following blood tests:

If I had to make an educated guess based on our customers in the restaurant, about 60% of them have Celiac and Hashimoto’s Thyroiditis.  I also 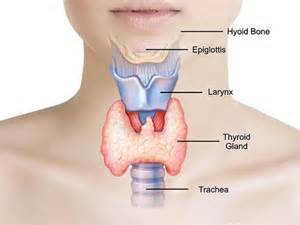 have this and take Levoxyl daily  (Synthroid has Milk in it). Click link below for more info and symptoms.

Allergic Living Magazine (Spring 2015) wrote an article about this very subject.  This is something we are quite familiar with at One Dish Cuisine Cafe, Deli and Bakery.  We are seeing more and more adults who are in their 40’s, 50’s and older who are coming here to eat because they suddenly had anaphylactic reactions to Peanuts, Tree Nuts, Soy, Seafood and more.  They are blindsided and struggling to adjust to a severe allergy to something that they were eating without incident for their entire lives.

Some react to foods that they have always enjoyed, it is not always the case with adult onset allergies. Sometimes it is a longstanding aversion to a particular food but the article states that it can be a sign that an allergy is “brewing”. Many are just not familiar with the signs of a food allergy and not aware how serious reactions can be until they suddenly can’t breathe and their throat closes up.

You have to stay vigilant out there.  You may tell a restaurant that you are allergic to milk; but the person in the kitchen thinks that milk is just milk and that butter is just butter and that cheese is just cheese and you get a meal with milk in it!  The education just is not there for the average kitchen employee to know that all of these things are made from and come from milk.  I tell customers when they are dining elsewhere to say: “I have a severe life threatening allergy to Milk, Cheese, Butter and all Dairy Products”.

Most of the food allergy research to date has been done on food allergic kids because food allergies now affect about 8% of kids in North America (or 1 in 13 kids). New studies estimate that about 5% of adult Americans have a food allergy that is already diagnosed ( New York’s Icahn School of Medicine at Mt Sinai). A 2004 study found that about 2% of the US population had a shellfish or fish allergy and 60% of those allergies developed in adulthood.

The most common allergen in adults was shellfish followed by tree nuts, fish, soy and peanut; even egg and milk allergies that normally start in childhood are showing up in adults.  The big question is what is the trigger that makes an adult suddenly allergic to something that have tolerated their entire lives?  Is it environmental? An infection? A virus or a change in where they live? (Dr. Ruchi Gupta, pediatrician who worked on the Northwestern University Study; which showed that 15% of food allergic adults developed their condition as adults). There definitely needs to be more studies.

Dr Robert Wood (chief of pediatric allergy and immunology at Johns Hopkins University) stated that “the most common reason that people become allergic to a food outside of the first few years of life is because the food that they become allergic to is related to something else that they are already allergic to.”  (see my blog post about Oral Allergy Syndrome in March 2015) Basically, the immune system sees the proteins of food as similar to the other allergenic proteins and he also stated that there is an interesting relationship between reactions to shellfish dust mites and cockroach allergies; the majority of those with a shellfish allergy are dust-mite allergic too.  According to Dr. Wood, “both cockroach and dust mites share some proteins with shellfish.”

Other points of interest in this article were that the age of onset spanned between ages 18-86! Most patients were female. Other allergic diseases like hay fever and eczema were associated with an increased risk of food allergy and that the older the age at diagnosis correlated to a greater risk of a severe reaction.

Stay vigilant out there folks. If you have any indication that something is different or not right after you are eating food, see an allergist immediately or call 911 if your reaction seems severe.  For more information, go to http://www.foodallergy.org (FARE) because they have great information on the signs and symptoms of food allergies.

With summer approaching, I get asked about camps that can accommodate those with Celiac Disease or Food Allergies.  The link below is a pretty comprehensive list compiled by GoDairyFree and the GF Travel Site.  I hope this helps you.